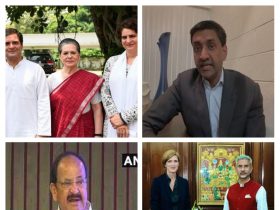 In India’s policy framework Disaster management occupies an important place, as most affected people by disaster poor, they are India’s predominant population. A roadmap i.e. National Disaster Framework is early warning systems, disaster prevention strategy, preparedness and response, disaster mitigation, and human resource development. This roadmap has been shared by Ministries and Departments of the Government of India with all the State Governments and Union Territory Administrations. The Disaster Management Act was passed by the Lok Sabha on 28 November 2005, and by the Rajya Sabha on 12 December 2005.

Fire is an exothermic chemical process of combustion, that releases heat, light and rapid oxidation of a material. Fire can cause physical damage through burning. Fire in its common form can result in the conflagration. The hazard to life and property are the negative effects of fire, it also includes, atmospheric pollution, and water contamination. The loss of fertility of the soil is due to the loss of nitrogen caused by a fire. Firefighting services are provided to extinguish or contain uncontrolled fires, in most developed areas. Firefighting apparatuses are used by trained firefighters, such as water mains and fire hydrants or A and B class foam depending on the source of the fire. Depending on the type of fire damage that occurred, suitable restoration methods and measures should be employed. The safest way to restore fire damaged property is to engage a trained, experienced and certified professional fire damage restoration specialist as they can speed up repairs, whether for individuals or institutions.

Flood may occur as an overflow of water from water bodies that submerges land. Floods may occur in rivers as the rate of flow exceeds the capacity of the river channel. Homes and businesses are often damaged if they are in the natural flood plains of rivers. Analysis, engineering are important aspects of Planning for flood safety.

Mankind has been for the past six millennia trying to understand, manage the mechanisms at work in flood plains. Areas can be converted into parks and playgrounds that can tolerate occasional flooding. Builders and developers can be regulated to retain storm water on site and buildings should be elevated, floodwalls and levees, erected or designed to withstand temporary flooding. Property owners can also be encouraged to invest in solutions.

Mesocyclone is a vortex of air, 2.0 kilometers (1.2 mi) to 10 kilometers (6.2 mi) in diameter (the mesoscale of meteorology), within a convective storm. Air rises and rotates around a vertical axis, usually within the same direction as low-pressure systems in both the northern and southern hemispheres. They’re most frequently cyclonic, that is, related to a localized low-pressure region within a supercell.

Toronado might be a violently rotating column of air that’s connected with both the surface of the earth and heavy rain-bearing, condition of icing, lighting, hail storm, extreme wind with massive turbulence comprising the towering clouds of a cumulonimbus or, in rare cases, rock bottom of a cumulus.

Whirlwind may be a strong, well-formed, and comparatively long-lived whirlwind, starting from small (half a meter wide and a couple of meters tall) to large (more than 10 meters wide and quite 1000 meters tall).

Waterspout may be a columnar vortex forming over water that’s, in its commonest form, a non-supercell tornado over water that’s connected to a cumuliform cloud. A gentle vortex over calm water or wetland made visible by rising water vapor.

Fire Whirl also colloquially referred to as a fireplace devil, fire tornado, firenado, or fire twister – may be a whirlwind induced by a fireplace and sometimes made from flame or ash.
CYCLONES aren’t unique to Earth. Cyclonic storms are common on Jovian planets, like the tiny Dark Spot on Neptune. It’s about one third the diameters of the good Dark Spot and received the nickname “Wizard’s Eye” because it’s like an eye fixed. Mars has also exhibited cyclonic storms. Jovian storms just like the Great Red Spot are usually mistakenly named as giant hurricanes or cyclonic storms. However, this is often inaccurate, because the Great Red Spot is, in fact, the inverse phenomenon, an anticyclone.

Tsunami is a series of waves, generated by the displacement of water with periods ranging from minutes to hours. Very High wave heights of tens of meters can be generated. The destructive power of a Tsunami can be huge, and they can affect entire ocean basins, the impact of tsunamis is limited to coastal areas. Among the natural disasters in human history, the Tsunami in Indian Ocean tsunami in the year 2004 was the deadliest. In the 14 countries bordering the Indian Ocean, 230,000 people were killed or went missing. Tilly Smith was in Thailand, having learned about tsunamis in school, told her parents that a tsunami might be imminent. They warned people around them thereby saving many of lives. Tilly Smith attributed her geography teacher in school. Even if the location and magnitude of an earthquake are known, it is difficult to precisely predict a tsunami. Despite that, there are some warning signs of an approaching tsunami, and automated systems can provide warnings immediately after an earthquake in time to save lives. One of the finest systems uses bottom pressure sensors, attached to buoys, which ceaselessly inspect the pressure of the water column. In the Pacific Ocean and the adjoining land masses computers are used to assist in analyzing the tsunami risk of every earthquake that occurs in that region. Usually within minutes of the arrival time computer models can predict tsunami arrival. It is mandatory to practice emergency services for the population, local authorities, and government.Some zoologists hypothesize that some animal species have the ability to sense subsonic from an earthquake or a tsunami. Monitoring the behavior of animals could provide advance warning of earthquakes and tsunamis.

Earthquake is the shaking of the surface because of the movement of tectonic plates under the surface of the earth thereby releasing of energy in the Earth’s lithosphere hence creating seismic waves. Earthquakes manifest themselves by shaking and displacing or disrupting the ground an earthquake’s point of rupture is called its focus or hypocenter. The epicenter is the point at ground level directly above the hypocenter from where the waves originate. They take place in the 40,000-kilometre-long, which for the most part bounds the Pacific Plate (90%, and 81% of the largest). Massive earthquakes tend to occur along the Himalayan Mountains. There is the growth of mega-cities such as Mexico City, Tokyo, and Tehran in the areas of high seismic risk; seismologists warn that a single quake may claim the lives of millions of people. Earthquake engineering foresees the impact of earthquakes on buildings and other structures. It designs structures that can minimize the risk of damage. Individuals can also take preparedness steps, and being educated about what to do when the shaking starts.
Under section 6 of the Act it is responsible for laying “down guidelines to be followed by the State Authorities in drawing up the country Plans”. Under the aegis of Ministry of Home Affairs, National Disaster Management Authority (NDMA), performs the primary purpose of capacity-building in disaster resiliency and crisis response disaster management coordinated response to natural or man-made disasters. 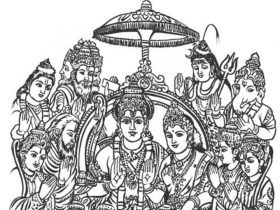