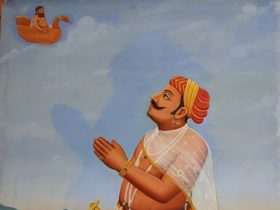 Saint poet Dadu Dayal was born on Fagun Sudi eight on Thursday, Samvat 1601 (AD 1544) in Ahmedabad. His father’s name was Lodiram and mother’s Basi Bai. His father was Dhunia. The caste that tunes Pinjara cotton is also called Dhunia. It is said that for some unknown reason, immediately after birth of Saint Dadu his mother kept him in a wooden box and let it drift into the Sabarmati River. It is said that a Brahmin named Lodiram Nagar saw the box, then opened it and brought the child to his house. Dadu had two sons, Garibdas and Miskindas, and two daughters – Nanibai and Matabai.

In the 15 and the 16 century India faced invasions from North West region and mostly Muslim Invaders were there.  Later on under Muslim Mughal rulers Hindus who were in majority faced many social and religious hard ships and were scared. Many saints and reformers were active at that time and in many regions these types of saints were a strong support for poor people and people follow them religiously, hence Bhakti movement provided solace to Hindus.

Dadu Dayal was the leading saint poet of the knowledgeable branch in the Bhaktikal of Hindi. His teachings are mainly compiled in the form of poetic utterances and God hymns. The collection of 5,000 verses in total is called ‘Panchavani’. Through these verses, he tried to coordinate between Hindu and Muslim.

Dadu Dayal ji was influenced by Kabir Das, Namdev and Ravidas. Dadu Dayal Ji’s composition was in Brij language and spontaneous. Brij language was the common language of many people in this area. His disciple Rajjab wrote down what Dadu Dayal ji preached and complied it into a book known as the “Dadu Anubhav Vani”

That is why his followers neither worship idols nor wear any special type of costumes. They just follow Rama and keep chanting his name. He founded a virtuous sect called ‘Dadupanth’. In time, 5 major sub-sects of Dadu Panth were formed: – Khalsa, Virakta ascetic, Utradha or Sthaladhari Khaki Naga.

Dadu Dayal spent most of his life in Rajputana. According to Chandrika Prasad Tripathi he lived in Ahmedabad till the age of eighteen, roamed in Madhya Pradesh for six years and later settled in Sambhar (Rajasthan). According to the Dadu panthis, an unknown saint named Budhan was his guru. Dadu Dayal died on Jeth Vadi Ashtami on Saturday Samvat 1660 (AD 1603 AD). 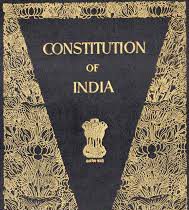 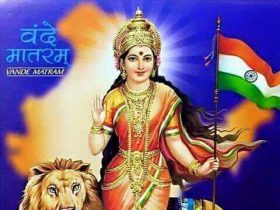