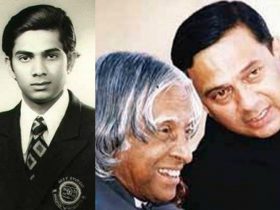 Shrikant Jichkar “The most qualified person in India”

She belonged to the Holayas (Chalavadi) community Onake Obavva was a brave woman fought the forces of Hyder Ali single-handedly with an Onake, a household implement (Pestle). The rocky fort of Chitradurga was surrounded by watchtowers and her husband worked as a guard. As the foremost women warriors and patriots, she along with Kittur Chennamma , Abbakka Rani, and Keladi Chennamma is celebrated as a hero.

Brave Heroics of Obavva
The city of Chitradurga ruled by Madakari Nayaka, was surrounded by the troops of Hyder Ali. A chance sighting of a man entering the Chitradurga fort through a hole in the rocks led to a plan by Haider Ali to send his soldiers through that hole. Kahale Mudda Hanuma, her husband, who was the Guard, had gone home for his lunch. Obavva went to collect water from a pond which was near the hole in the rocks, halfway up the hill.
She noticed that the army of Haider Ali was trying to enter the fort through the hole in the rocks, which was halfway up the hill.
She stood guard at the hole and used the Onake or pestle or musli (a wooden long club meant for pounding paddy grains) to hit on the head of the soldier and kill them one by one and then she quietly moved the dead. When her husband, came back after having his meal he was shocked to see his wife standing and several dead bodies of enemy soldiers around her and a blood stained Onake in her hand.
She was found dead later in the same day. Reason for her death is not known. Her brave attempt saved the fort that day.

Legacy
She is considered to be the personification of Kannada female pride. The hole through which Hyder Ali’s army tried to sneaked is known as Onake Obavvana Kindi (kindi=hole) or Onake kindi.
There is a sports stadium named after her in Chitradurga – Veera Vanithe Onake Obavva Stadium.
A statue in front of the District Commissioner’s office in Chittradurga commemorates the value and bravery of Onake Obavva.