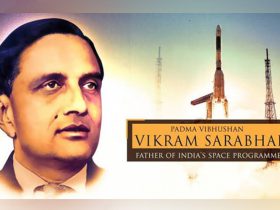 She is one of the first female freedom fighters in India to resist British colonization. In defiance of the doctrine of lapse and to retain control over her territory she fought against the British East India Company in 1824. She was defeated in the third war. She died in a prison.

Beginning
On 23 October 1778, Kittur Rani Chennamma was born, in Kakati, a small village in the present day Belagavi District of Karnataka, India. From a young age she received training in horse riding, sword fighting and archery. She belonged to the Lingayat community.
At the age of 14, she was married to Raja Mallasarja of the Desai family.

Fight for supremacy of Kittur from the British
Following the death of her husband and Son in 1824, Rani Chennamma adopted Shivalingappa in the year 1824 and made him the heir to the throne. Rani Chennamma was left with the volatile state of Kittur and an uphill task to save it from the British. The East India Company ordered Shivalingappa’s expulsion, on the pretext of the Doctrine of Lapse and did not recognize the new ruler and notified Kittur to accept the British regime.
Her request to Mountstuart Elphinstone, Lieutenant-Governor of the Bombay Presidency was turned down, and war broke out. The Britishers were eyeing the treasure and jewels of Kittur, which was valued at around 1.5 million rupees. The British forces consisted of more than 20,000 men and 400 guns.

First War
In the first round of war, during October 1824, St John Thackeray, collector and political agent was killed in the war and British forces lost heavily. A lieutenant of Chennamma, Amatur Balappa was mainly responsible for his killing and losses to British forces. Two British officers, Sir Walter Elliot and Mr. Stevenson were taken as hostages. They were released with an understanding with Chaplin (Commissioner of Dharwad) that the war would be terminated but Chaplin did not keep his word and continued the war with more forces.

Second War
During the second assault, Rani Chennamma fought fiercely with the aid of her lieutenant, Sangolli Rayanna. She was captured and imprisoned at Bailhongal Fort. She died in prison on 21 February 1829. Chennamma helped by her lieutenant Gurusiddappa in the war. Sub collector of Solapur, Mr. Munro, who was nephew of Thomas Munro was killed.
Sangolli Rayanna, was the army chief of Kittur Kingdom, he continued the guerrilla war to 1829. He wanted to install Shivalingappa the adopted boy of Rani Chennamma as the ruler of Kittur. Using Guerrilla war fare for the first time, Sangolli Rayanna gave a valiant fight. Rayanna’s own uncle betrayed and Britishers captured and hanged him.

Celebrations
Every year, from 22nd to 24th of October, Chennamma’s legacy and first victory are commemorated during the Kittur Utsava.

Statue at Parliament House complex, New Delhi
On 11 September 2007 a statue of Rani Chennamma was unveiled at the Indian Parliament Complex in her memory.
There are statues commemorating her at Bangalore, Belgaum and Kittur.

Burial place
The burial place of Rani Chennamma is in Bailhongal taluk.