Dr. Abhay Bang and Dr. Rani Bang are pioneers in the field of community health in India. Their contribution has revolutionized healthcare for the poorest people. It has substantially reduced infant mortality rates in one of the most poverty-stricken areas in India and the world. The World Health Organization (WHO) and UNICEF have appreciated and adopted their approach to treating newborn babies in India and in parts of Africa. 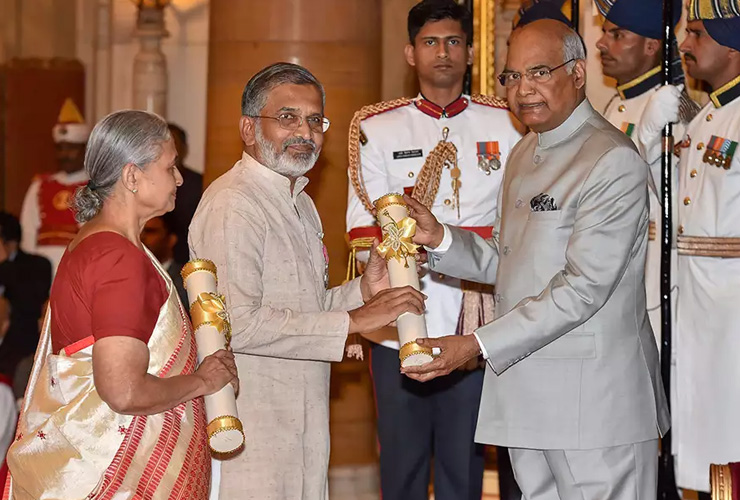 Reduction in Infant Mortality Rate
When the couple started holding health assemblies they found that there was a pressing need for addressing infant mortality. They identified 18 causes ranging from poverty, diarrhoea, infection pneumonia or lack of a hospital.

The Bangs and their colleagues at SEARCH conducted world-class research and they found out a simple but radical solution – training of the village women in neonatal care. Carl Taylor, his mentor, and the founder of the Department of International Health at Johns Hopkins University was highly impressed with the findings and in a handwritten note on the draft of the research; Taylor wrote ‘Abhay, this will be the most important work that you will ever do in your life’.

Home Based Neonatal Care (HBNC) model developed by Bang had its impact and resulted in reduction in infant mortality in the programme villages of Gadchiroli.

The HBNC interventions developed at SEARCH generated worldwide research on preventing neonatal deaths in high-mortality, resource-deprived settings. Earlier such deaths were considered very difficult to avert. Initially the medical fraternity objected to such unconventional methods, they gradually it was understood by all to provide an alternative to a large village community.

The Lancet global medical journal published “The landmark paper”, which changed the perception of community health workers in medical community’s for forever”

To reduce infant mortality, India incorporated this model in 12th national five-year plan. It is proven fact that field trial showed that neo natal care is so simplified that it can be provided in any home in the village.

Infant mortality rate in rural Gadchiroli has been brought down from 121 per 1000 live births to 30.

In 2005 editor and historian of the journal considered Bang’s paper on newborn care to be one of the Vintage and milestone paper published in 180 years.

This approach has been adopted in the national program by the Government of India, WHO, UNICEF and USAID for reducing newborn mortality in developing countries.

Dais’ were trained by her to be village level health workers. Her convincing evidence and study initiated in the world specially developing countries a programme of women’s reproductive health.

Nearly 92 percent of women in the areas around Gadchiroli have some kind of gynaecological issues. This research has brought the issue to forefront and global policy has changed accordingly.

Dr. Rani Bang was a consultant to INCLEN and IWHAM.

She got nomination for Nobel Peace Prize in 2003 as a member of 1000 women worldwide for peace prize.

Rani Bang was awarded with National Award for Women’s Development through Application of Science & Technology.

Tribal Health
Dr. Abhay and Dr. Rani Bang working with the tribal communities of Gadchiroli malaria is the biggest health concern for this population.

Non-Communicable Diseases
Dr. Abhay and Dr. Rani Bang and their team at SEARCH have started working on the non-communicable diseases (NCDs) as that is emerging as a priority area.

Surgical Care
They built Maa Danteshwari Hospital for the rural and tribal people of Gadchiroli. Along with OPD and IPD care, a variety of surgeries are also conducted in this setup. Doctors from various locations in the state come and operate in this setup.