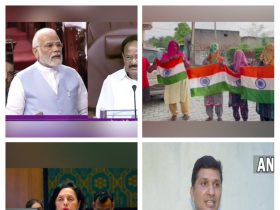 From December 2019, the global pandemic Covid-19 (Coronavirus), which began in China’s “Wuhan Province”, held the entire world in its claws by March 2020. More or less but in all countries, its side effects began to appear. By the last week of May, more than 300,000 people in the world have lost their lives. Surprisingly, in a large geographical area and the world’s most populous country China the Corona epidemic was limited to “Wuhan Province” only, It did not spread to other areas. Inspite of preliminary information, precautions and medicines etc. the losses are lesser as compared to other countries.

In the 21st century, through communication technology, the entire world is assimilated. But “China” is still a self-centered and narrow-minded nation. China’s leftist political system is covered in various veils, of a “dictatorial and imperialist” tendency. The economy, too, is expansionist. It is still “crooked pudding” to get real information on any subject from China. The truth of “China” to “COVID 19”, is hidden behind many closed doors, it may take a long time to unfold. The reason for skepticism on China about the truth of Corona also increased because Corona has almost trampled the world economy. Whereas except for “Wuhan Province”, all economic activity continues throughout China are normal and now even in “Wuhan”, the life is slowly coming back on track. Whereas other countries of the world are facing a long “lockdown” situation, to protect the lives of their citizens.

Also in This Issue

Due to this epidemic, normal national and international “economic activities” have almost come to a standstill, all over the world. There is an additional burden on governments. Health services and administration, at various levels, and they are facing challenges and people are imprisoned in homes. India is no exception to this and is facing economic challenges. In order to protect the lives of Indian citizens from corona, from the third week of March, the country is under lock-down. The lockdown is likely to continue for some more time.

In India, the first phase of lock down, from 25 March 2020 to 14 April 2020, was very strictly followed. Apart from essential services, all other economic and social activities were completely banned. “Jaan hai to Jahan hai”, keeping that in mind, everything stopped. Trains, buses, air traffic were all stopped. People, too, followed this lock down with a lot of seriousness in order to be safe. During this time, in other countries of the world, this epidemic was showing its terrible form, in view of this, the situation in India was seen to be very much under control. India increased the production of drug called “Hydrochloroquine” in bulk, made it available in other countries including the US, in the first phase of lockdown.

In addition, to deal with the problem of substandard ‘PPE kits and masks’ from China, on the government’s directive, the Indian industry immediately started manufacturing and supplying “PPE kits and masks” to fight the corona. And within 1 month we started a new industry worth Rs.7000 Crores, starting from zero. Now not only India’s needs are being met, but we are exporting to various other countries. It is also important to note that in this new industry, not only big industrialists are involved, but also those who run small industries as well as women of self-help groups. This experiment certainly opened up new opportunities for the Indian economy in a challenging situation.

It is also a matter of satisfaction that, by taking the right decision, at the right time, by locking down, the government not only disentangled the corona problem, but in this disaster, keeping in mind the future of Indian economy, got involved in the assessment of economic policy. The Finance Minister made several announcements in the fourth phase of the lock-down, i.e. in the third week of May, after contemplation, to reinforce the Indian economy, keeping an eye on global economies. The Prime Minister, for a self-reliant India, gave the slogan “Vocal for Local”. After independence, perhaps for the first time, in keeping with the spirit of Mahatma Gandhi, the focus has been on the “backbone” of the Indian economy, cottage and small scale industries, and changes in rule laws have been made to promote them.

In order to face the dire circumstances of “Covid 19”, Indian citizens should work with ‘self-defense and self-respect’. We should give new dimensions to our responsibilities. Because, “India” belongs to the citizens of India, and not to the elected government through voting, Government is intangible, citizen tangible. May be the instructions are of the government, conduct has to be done by citizens only. To bring life and the economy back on track, “Lock down 5 or Unlock One” has begun.

On many activities, the ban has been lifted. 60 – 70 days is enough to understand, explain and put into practice anything. To avoid the ill effects of corona, citizens themselves have to take responsibility. “To protect himself and his family, 2 yards and 2 masks are necessary”. For the last three-four decades, products made of China have dominated the world. China is being viewed with skepticism even in the global outbreak of Corona epidemic. Due to this, negativity towards China is increasing among the countries of the world.

Because of mistrust arising due to “corona”, many foreign companies are moving out of “China”. Many companies are also interested in coming to India. Along with the Government of India, the State Governments are also welcoming these companies, and are also striving to provide facilities along with necessary action plans. Falling growth rates, declining GDP rates due to “lock down”, quarter-to-half fluctuations, even during the ups and downs of the Sensex, ordinary citizens need not worry much. The Indian economy is not based on mere “marketization”. But, in a concrete way, lies at the foundation of agriculture and local small scale industries. Our large industrial houses, not only have the ability to secure growth and economy in a reliable manner, but also in the world, demonstrate India’s industrial and commercial potential. Additionally, “Covid-19” has also given foreign investors an “opportunity” to invest more in India. 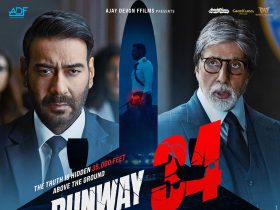 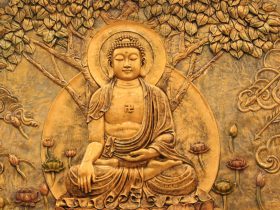 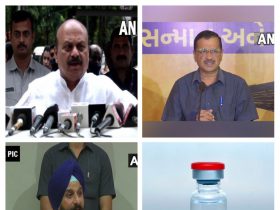 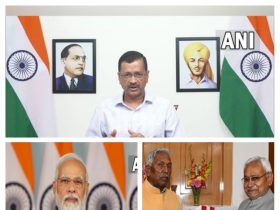